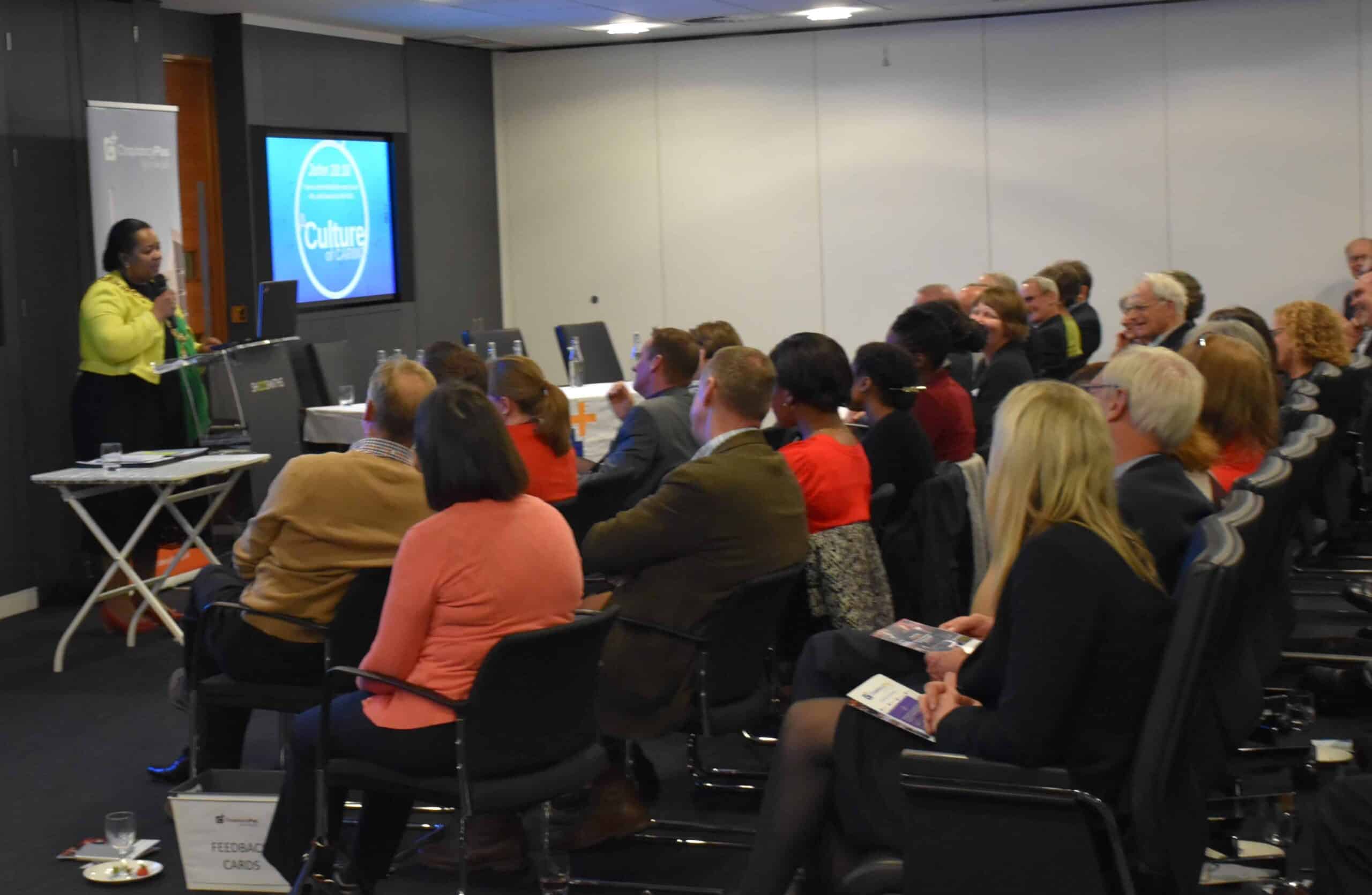 Celebrating 15 years of Ministry in Birmingham

Last week, over 70 people from the Birmingham community joined in with the trustees and staff of  ChaplaincyPlus as they celebrated and reflected on 15 years of ministry, encouragement and support for the business people of the city.

Starting from humble beginnings, chance meetings and a large dose of trust in God’s provision, those assembled heard from the founder of the charity, Anthony Collins along with Chris and Clair Dinsdale as they recounted how their vision of helping the business people of Birmingham to “Live life to the Full”  became reality all those years ago.

But it wasn’t just looking back that was the focus of the celebration, it was looking forward as well – we heard from the current board of trustees of the charity as they set out the developing vision for the next 3 years of the work of ChaplaincyPlus, a work that is rooted in care for the individual, in affirming values that allow people to flourish and in building partnerships with businesses and charities.

“WOW” was the exclamation of Yvonne Mosquito, the Lord Mayor of Birmingham – who was invited as guest of honour – as she gave her wholehearted approval to the important contribution that has been made by ChaplaincyPlus to the physical, mental, emotional and spiritual health of the people of this great city of ours.