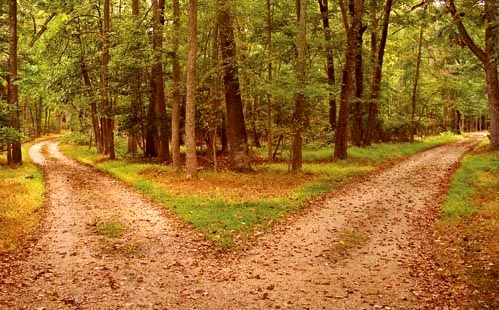 “A Fork in the Road” this month our speaker shared their thoughts on Perseverance, beginning with 3 interesting facts on how famous people persevered:

Walt Disney – In 1919, Disney was hired by the Kansas City Star newspaper, but he was fired from it later, since, according to the publisher, Disney lacked creativity, imagination and had no good ideas. Walt Disney was turned down 302 times before finally getting financing for his dream of creating Walt Disney World.

Steven Spielberg was rejected from the University of Southern California three times due to poor grades in high school. He was awarded an honorary degree in 1994 and became a trustee of the university in 1996.

Henry Ford – Made bankrupt twice before successfully launching the Ford Motor Company. However, bankruptcy did not deter him from continuing with his passion. Ford saw bankruptcy as a way to start over and approach his goals in a more intelligent fashion. In 1903, at the age of forty with about $30,000, he started the Ford Motor Company and showed the world that he meant business by breaking a land speed record with one of his designs.

Perseverance is something that every solicitor has to learn – particularly when applying for the various jobs, filling out what seemed like hundreds of applications forms, attending interviews, receiving letters of rejection. Now working for a law firm in Birmingham, our speaker reflected on how the perseverance of now-successful business people like Walt Disney, Steven Spielberg and Henry Ford illustrated how much each of us working in Law had to persevere to achieve.

In Romans 5: it reads we glorify in our sufferings, because we know that suffering produces perseverance; perseverance, character, and character hope.  And hope does not disappoint us, because God has poured out his love into our hearts by the Holy Spirit, who he has given to us.

“If you don’t know where you are going any road can take you there”. (Lewis Carroll)

In order to help us to thrive through perseverance it’s helpful to remember:

We were reminded of Jacob and his wrestling with God – Our struggle should be focused on holding on to God and His Word no matter how dark, and no matter how hopeless, the situation seems. Clinging to God with all perseverance is a part of loving Him.