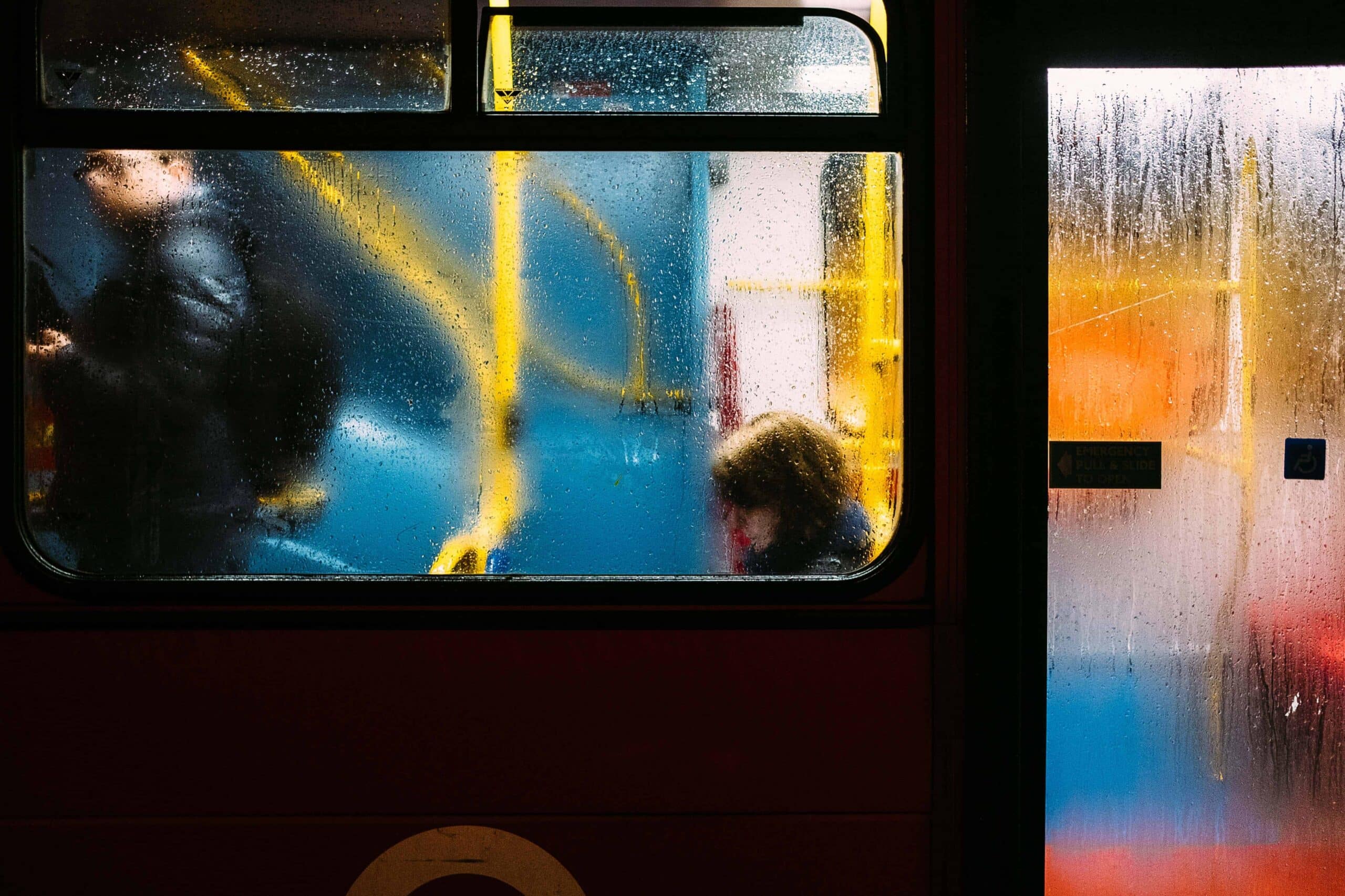 Who’s Gonna Drive You Home? – Wisdom from Our Network

Here’s the second post in our ‘Wisdom from Our Network’ series, written this time by Christine McAteer:

In 2013 I had a strong sense that I was being called to serve others in a completely new territory. Here’s how I got started as a bus chaplain.

“Imagine you have a pile of £50,000 in pound notes sitting on the back seat of the bus,” said Roy Heath, a manager at Acock’s Green bus depot. “When you have finished your journey I want all those notes to be intact because what you are carrying is precious cargo.” He wasn’t talking about the monetary value of the vehicle. He meant the value of human lives. This is how he inducts new drivers.

On my first visit to the bus depot I was immediately struck by the atmosphere of friendly camaraderie among the staff amidst the grimy, noisy surroundings. On subsequent visits I’ve also noticed when people appear stressed but generally there is friendly banter and signs of affection among the staff. Shoulder slapping, hand clasping, a cheeky pat on a pudgy tummy, a bit of rib-pulling. Most people say hello and make eye contact.

The humour and human contact is important in what can be a highly stressful job. One driver confirmed what I’ve seen as a passenger. Many of the public will flash their passes or tickets at the driver but won’t even look at him or her. People forget that a human being is driving the bus.

“But 97% of the customers are good, decent people,” the same driver tells me. “I like my route. I recognise most of the people I see everyday.”

A number of drivers quit the job after only a few months but many who thought they’d just do it temporarily stay on for decades. As Stuart Revitt a former Finance Director said with animation,

“It gets into your blood.”

The job is undeniably hard work. Drivers have to have a break every 3 and a half hours. Their breaks may last anywhere between 40 minutes to 4 hours unpaid. One driver told me that that day he started work at 6am and would finish at 8pm.

I visited the booking-on room where drivers pick up their shift patterns from Automated Vehicle Control and the canteen. Reactions to my presence were mixed.

“Good God. They think we need a chaplain.” Grave head shaking followed. I sympathised with their cynicism but stood my ground and joined in conversations as I’d watched others do.

“You won’t get anyone talking to you, you know,” warned another chap. He then proceeded to talk non-stop for the next hour. So far it’s been a great privilege to listen as people share snippets from their lives. Conversations range from someone’s life philosophy to reminiscences about the Pope’s visit to Birmingham. 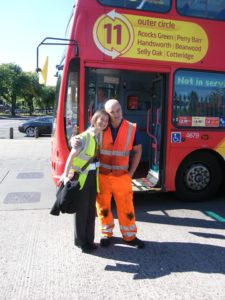 Workplace chaplaincy is not about replacing ‘church’ or about bringing God to the city. It is about recognising the presence of God already there, a God who cares deeply about the intricate details of our lives and became fully incarnate through Jesus in our humanity.

Is God calling you into a new venture? For most of us there may not be an obvious green light to lead the way but there could be other signposts ahead. Keep your ears open and your eyes on the road.

Christine McAteer is a workplace chaplain and a receptionist at One Colmore Row. She writes a blog called God At Work

If you would like to find out more about volunteering as a chaplain in the workplace talk to one of the ChaplaincyPlus or CIGB staff members.